Most of us wish we could accomplish more in a day. Maybe we see productivity as a road to greater lifestyle freedom, or a better paycheck, or the means to build a business that fulfills all our wildest entrepreneurial dreams.

Maybe being more productive just means finishing work before dinner or avoiding procrastination on that project we should totally be working on.

No matter the need, pure hustle doesn’t usually lead to our highest level of productivity. We need systems that keep us focused on what matters most for the long term.

In this guide, we’ve compiled 10 of the most popular productivity systems (time management tools) we could find. Some of these play off one another, others stand alone. Try these on for size. See which ones work for you—and then share this page with the busiest entrepreneur you know. Let’s go!

Getting Things Done is a famous productivity system created by author and consultant, David Allen. The primary philosophy is that getting tasks from your head to a notebook is the first step to accomplishing them. The system was invented to help people with lots of responsibilities stay ahead of everything on their task list.

The Getting Things Done framework is a foundational methodology which plays into other frameworks throughout this page.

Management consultant and executive coach, David Allen, invented Getting Things Done to help his busy clients, well, get more done. The core idea behind this system is that the mind is a terrible place to store responsibilities and tasks. They must instead be captured outside the mind, preferably on a sheet of paper. With your mind freed up, you can begin to solve the problems and take action on the tasks in front of you.

Here are 5 steps to applying Getting Things Done from the official website:

“Your head’s for having ideas, not for holding them.” – David Allen

“Getting Things Done is much more than just a way to get
things done. It is a framework for organizing and tracking
tasks, such that you can 100% trust that the things on your
to-do list truly are the things you need to do.” – Siobhan O’Rorke

Cal Newport’s method, Capture, Configure, Control, builds upon David Allen’s Getting Things Done. Newport borrows Allen’s idea of capturing ideas instead of storing them in your head. Once captured, Newport believes there needs to be a better system for processing the information that’s been written down—particularly for people in the knowledge work sector.

Newport believes notebooks work better than apps for capturing ideas and tasks throughout the day. There’s less friction to jotting down what’s immediately on your mind.

The 3 steps are built into the name:

“As soon as you have to turn on the phone, tap on an app, click
on Today, click the Plus sign to create a new task, and then
hand type in your task—as soon as you have that much friction,
you’re going to stop doing it.” – Cal Newport

Rather than focus on results, the Seinfeld strategy focuses on maintaining consistency in your most important work. Set a minimum criteria for a certain task that you must accomplish every day. This could be as simple as doing just one push up or writing a single sentence each day. The point is consistency.

This method is designed for achieving large tasks or building habits that you want to foster for the long term.

The best way to understand the Seinfeld message is to hear where the name comes from. This story of Brad Isaac is found on Inc.com:

He told me to get a big wall calendar that has a whole year on one page and hang it on a prominent wall. The next step was to get a big red magic marker. He said for each day that I do my task of writing, I get to put a big red X over that day.

“After a few days, you’ll have a chain. Just keep at it and the chain will grow longer every day. You’ll like seeing that chain, especially when you get a few weeks under your belt. Your only job is to not break the chain.”

Here are 3 steps to using the Seinfeld Strategy:

“Jerry didn’t focus on getting rich, something he hoped to someday
be. Or becoming a headlining comedian, something he burned to
someday be. Or developing an iconic TV series; that wasn’t even on
his radar.
He focused on doing the work: Day after day.” – Jerry Haden

Batchworking means accomplishing multiple tasks that are similar to one another during the same time period. Individual batches can be done by designated days of the week or hours in a day. This is ideal for people who want to accomplish tedious, repetitive tasks, like social media creation and administration, in long sprints rather than daily short spurts. 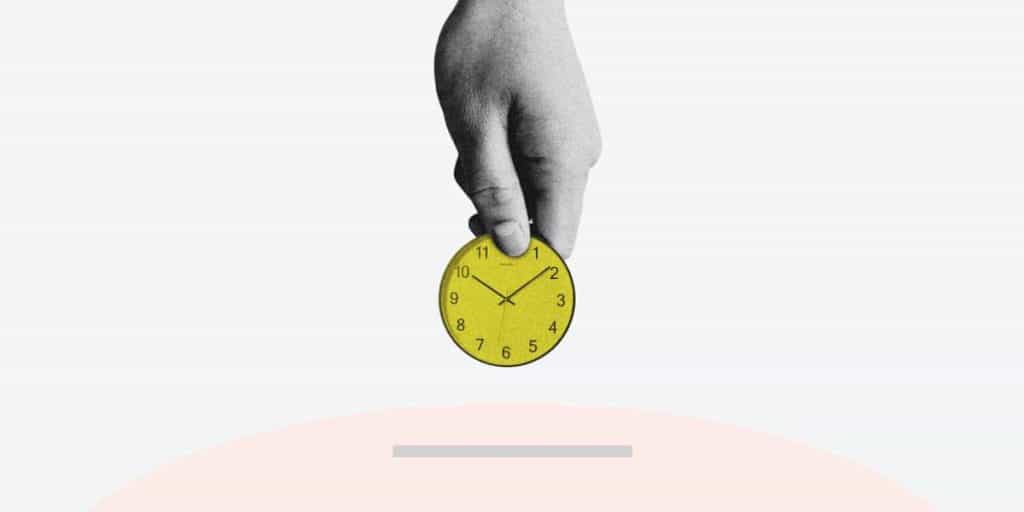 Take control of your tasks and calendar by choosing when to handle recurring tasks, instead of letting your calendar be owned by passing whims.

Batchworking is a common tool for busy people who have similar recurring tasks that must be achieved on a regular basis.

“The best way to increase productivity as an entrepreneur is to start batchworking your tasks and projects.” – Kendall Cherry

The Pomodoro Technique is a time management system that was invented by consultant Francesco Cirillo in the 1990s. It consists of 6 repeated steps to help people accomplish focused work.

“The Pomodoro Technique is a time management system that encourages people to work with the time they have—rather than against it. Using this method, you break your workday into 25-minute chunks separated by five-minute breaks. These intervals are referred to as pomodoros. After about four pomodoros, you take a longer break of about 15 to 20 minutes.” – Kat Boogaard

Designed by Zen Habits creator, Leo Babauta, as an addition to David Allen’s Getting Things Done system. Unlike the preceding systems, this is a series of habits that you adopt to make your life and work simpler.

These are meant to be added to your life one at a time in 30-day increments. Babauta suggests trying each habit and sticking with the ones that prove most effective at improving your productivity, rather than adopting all these habits.

Here are the 10 steps to Zen to Done from zenhabit.com:

“ZTD teaches you how to take a simple approach to improving your productivity by encouraging you to focus on forming one habit at a time.” – Jessica Greene

The calendar is your boss. Instead of taking on tasks as they hit your inbox, you plan out each day in a calendar. Each time block is dedicated to a single task that you must work on during that period.

Organize your day and week by prioritizing your most important tasks and giving them the most time.

Time blocking is all about letting your calendar rule your day. Instead of waiting until you’re sitting down to work to decide what to do, you give each hour of your day its own task in advance. This means taking the time to plan what each day will look like in advance, based on everything you have on your agenda. 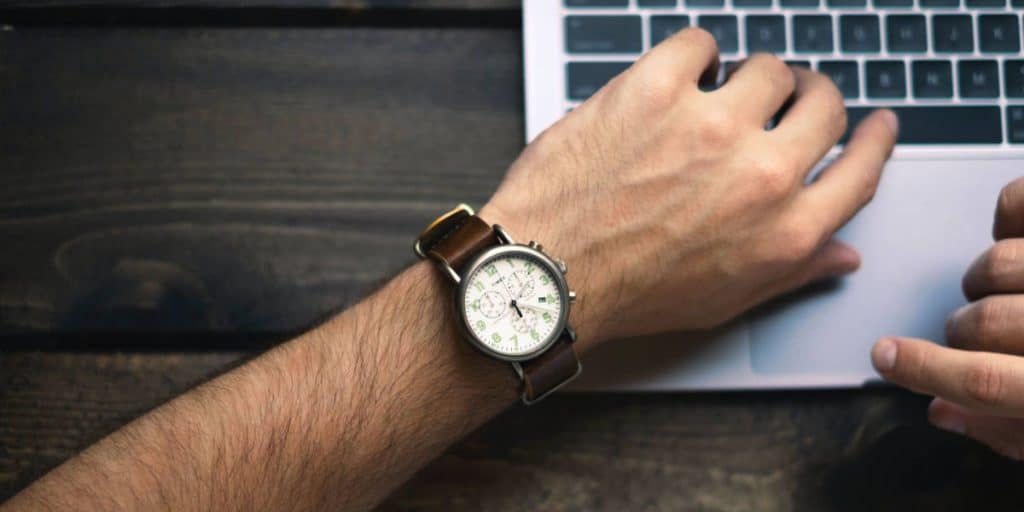 At the end of your next workday, consider the remaining responsibilities you have for the week.

Open your calendar (digital or analog is fine) and give every hour of the next workday a strict job. Fill every block in your calendar—even with blocks called “administration” or “lunch.”

When you start work the next day, follow the calendar as closely as possible. When you have to adjust because a task runs long, remember to designate more time for this same task in the future.

“Instead of keeping an open-ended to-do list of things you’ll get to as you’re able, you’ll start each day with a concrete schedule that lays out what you’ll work on and when.” – Laura Scroggs

If you do nothing else today, you’ve at least done your most important work.

This is the simplest productivity technique on our list. It’s almost a philosophy to your workday. Instead of letting procrastination get in the way, Eat that Frog forces you to deal with the most important thing first. Accomplishing anything else is secondary.

Eat that Frog in 3 steps:

“Mark Twain once said that if the first thing you do each morning is to eat a live frog, you can go through the day with the satisfaction of knowing that that is probably the worst thing that is going to happen to you all day long. Your ‘frog’ is your biggest, most important task, the one you are most likely to procrastinate on if you don’t do something about it.” – Brian Tracy

The 1-3-5 Rule is a strategy for handling to-do lists more effectively.

Similar to Eat that Frog, you start with the biggest task of the day. Unlike EtF, you then have other tasks to accomplish in descending order of size or importance.

This system is ideal for people who have several tasks to accomplish every day. It limits you to 9 items to keep things realistic while forcing you to focus on your highest priority.

The 1-3-5 Rule nudges you to complete your most important work while also providing you the joy of accomplishing smaller tasks throughout the day.

The 1-3-5 Rule is a new structure for staying productive—by using the most basic tool in productivity: the to-do list. Grab a notebook or your favorite to-do list app. Organize it in the 1-3-5 Rule style and follow it every day.

“The idea is that by narrowing your list to just nine items and assigning them a level of importance, you’ll have an easier time staying on track.” – Mark Abadi

Maybe the best productivity tool isn’t something you find in the app store. It might be the same notebook you used in college—or still use—to pen poetry on the weekends.

The Bullet Journal is a formal process and methodology for organizing your life and staying productive by using a simple notebook.

Here’s how to set up a Bullet Journal:

“We keep track of things: The things we’ve done, need to do, the things we aspire to. There’s a lot to keep track of. There are plenty of apps for that. I needed a system flexible enough to handle whatever I threw at it and fast enough that it wouldn’t get in the way.” – Ryder Carroll

In our modern world of round-the-clock responsibilities and shifting priorities, using the right productivity system is like having a superpower. It enables you to get more done in less time, create consistency in the tasks that matter, and play the long game.

It’s hard to know which productivity method will work best for you until you’ve tried a few. As you experiment, give each method enough time to sink in. Apply them to your work for more than an hour or a day. Try implementing these methods for a week or more for full immersion.

We’re excited to see what you create.

previous
Kava: Launch!
next
Customer Persona: How To Create From Scratch?